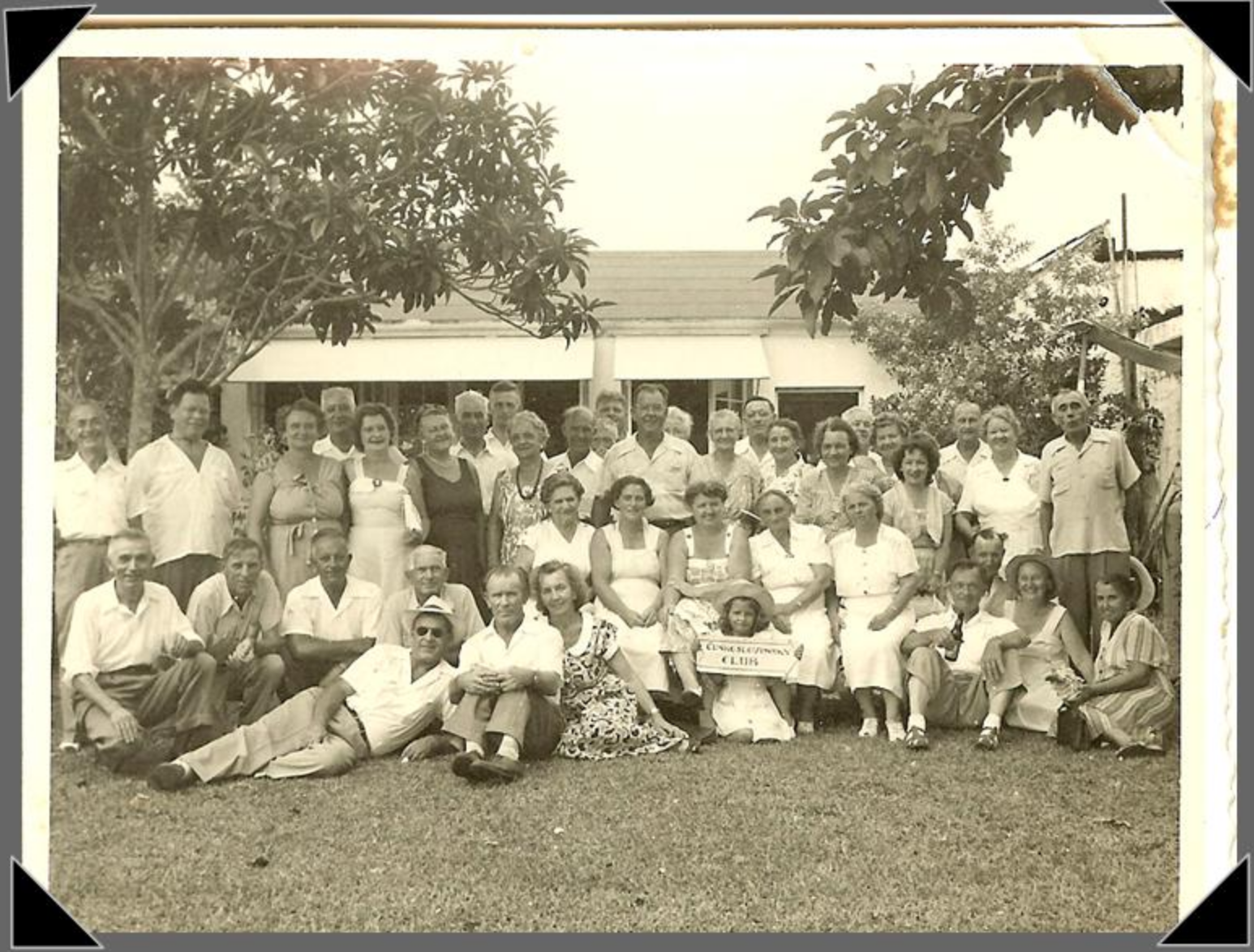 Update 3-2-2015 : A third page has been added to “Way Back When.” Recently another postcard of the kind shown on page 2 of this article was discovered. Like the others it, too, is one of those that was printed by the club a very a long time ago, however with this one there is a difference. This card was used and mailed, and there is a postmark. The postmark shows that this new card was mailed on November 6, 1954, which means that these cards are much older than originally estimated. 1954 is just five years after the formation of the club. So, even though this card is not part of the Berounsky collection, as are the others, it has been added to this article as another bit of club history. You can see both sides of this postcard on page 3 of this article.

Way Back When at the “American Czechoslovak Social Club”

These four photos were donated by ACSCC members, Richard and Dayle Jacob. Richard’s grandparents, Edward and Marie Berounsky, were charter members of the club, which was called the American Czechoslovak Social Club before 1999. The pictures appear to have been taken before 1970. All of these photos are from the Berounsky family collection. If anyone can add more information about these pictures please contact us at acscc.northmiami@gmail.com.

Members of the newly formed American Czechoslovak Social Club pose for a group photo at an unknown location in 1949. This was before the club had purchased the property on Arch Creek. 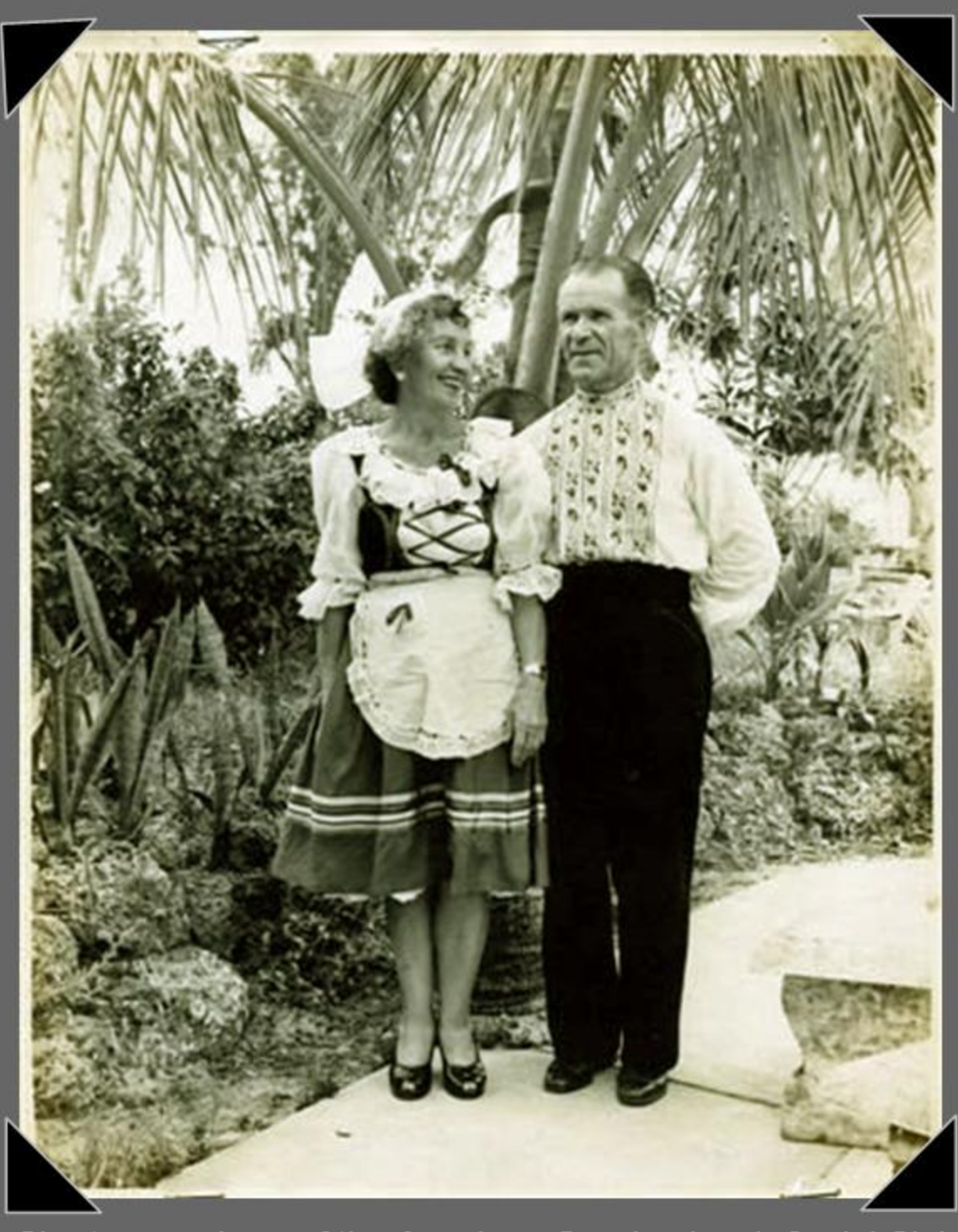 Charter members of the American Czechoslovak Social Club, Marie and Edward Berounsky dressed in Kroj in the late 1950’s. 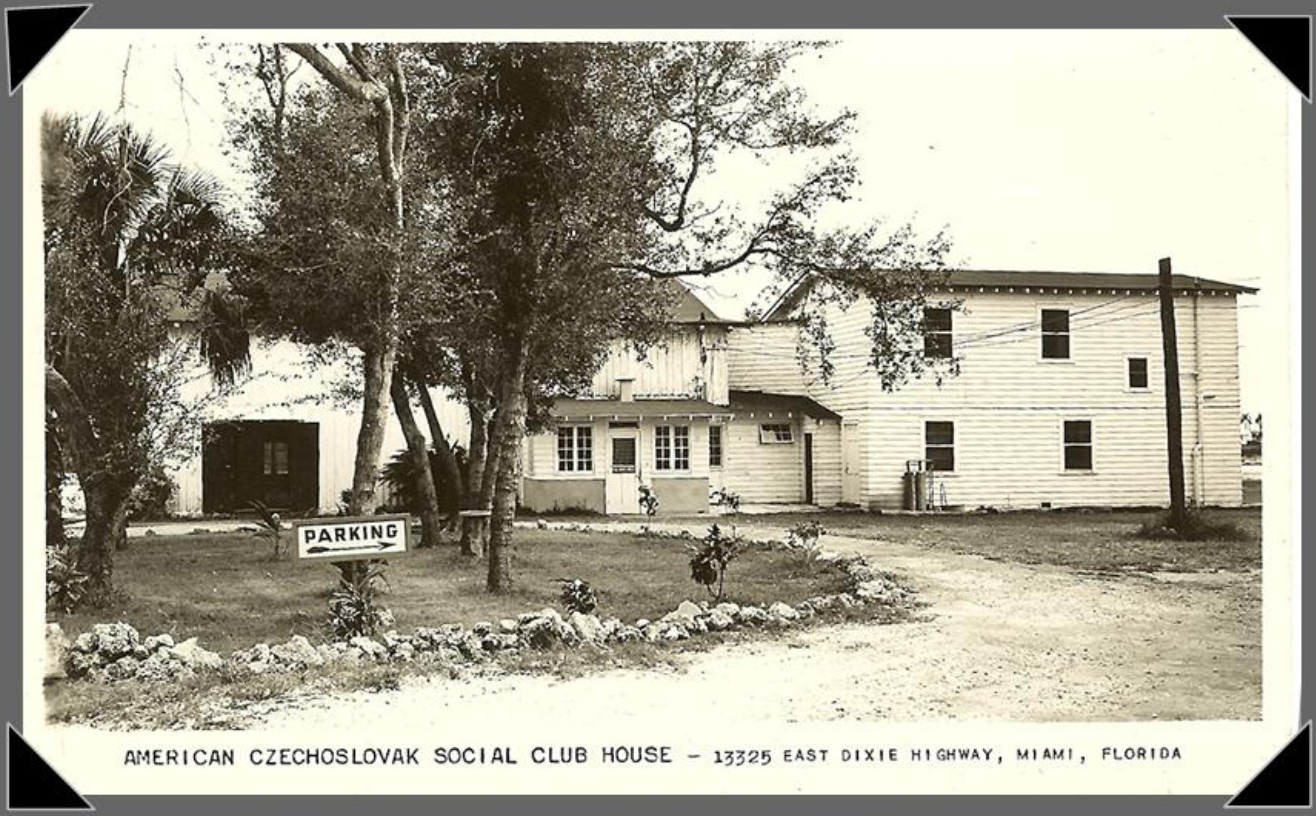 The ACSCC Clubhouse without the current covered entryway to the dining room, and no stairway to the second floor apartment. Note the puzzling reference to “East Dixie Highway” in the address, instead of Arch Creek Roa. Before 1970 est. 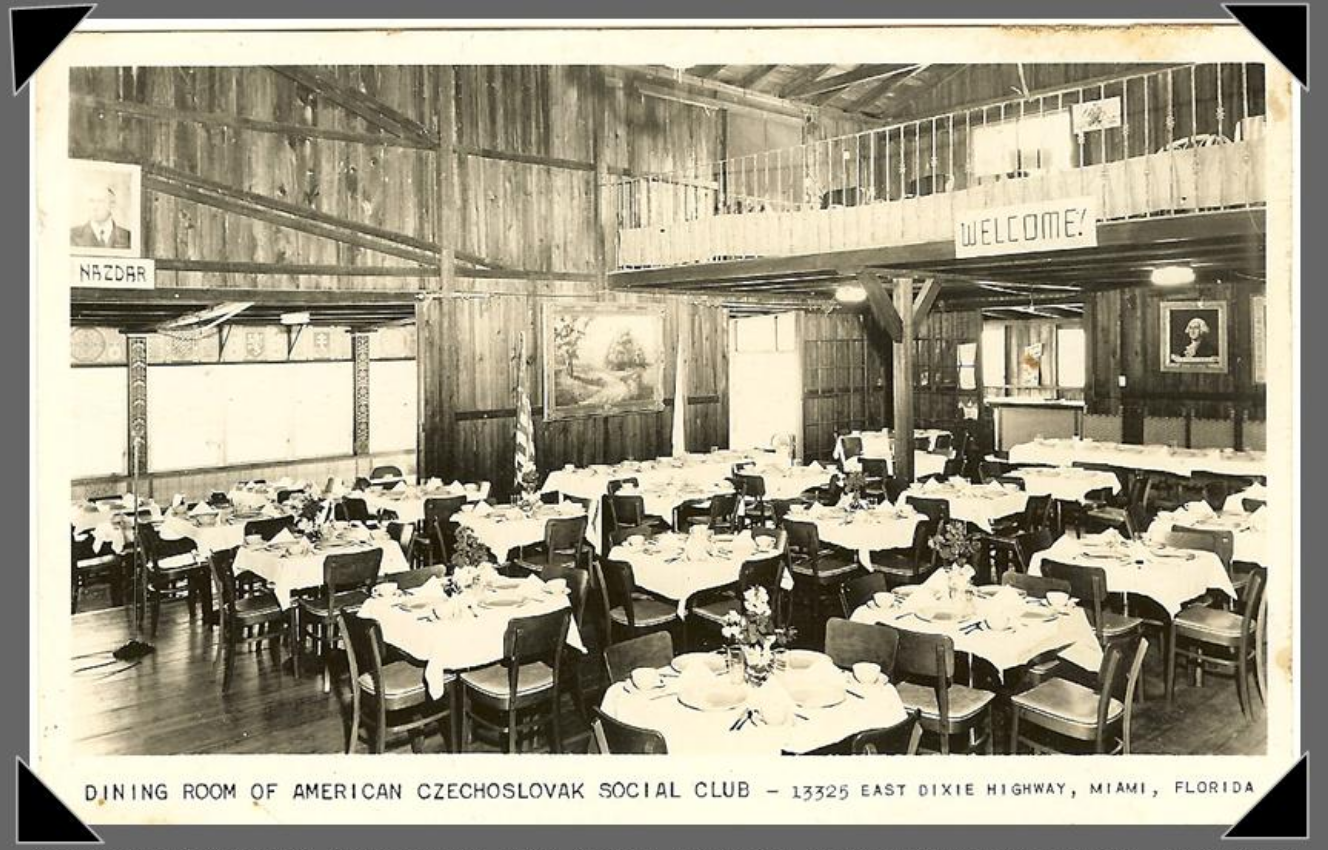 A very neat ACSCC dining room, with tables set in the main hall and the porch. Note that the 2nd floor library has not yet been enclosed. Before 1970 est. This “American Czechoslovak Social Club” postcard was discovered in February 2015. It shows the main dining room set up for a large group. The people shown are likely club members preparing to help serve dinner. 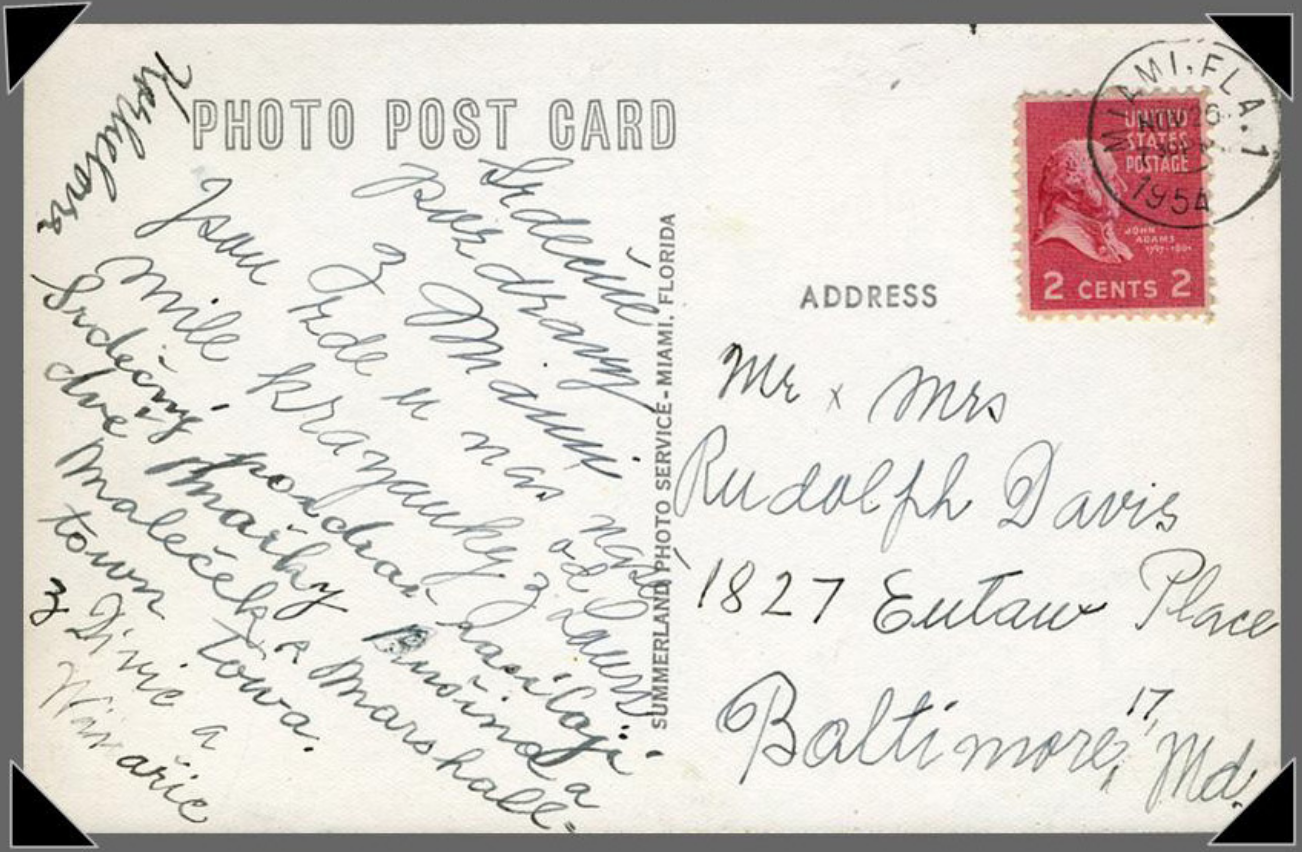 The reverse side of the card shown above clearly shows the postmark as Nov. 6, 1954. This means that this card and the two above were printed on or before this date. The text is written in Czech and is about the writer’s visit to Miami.